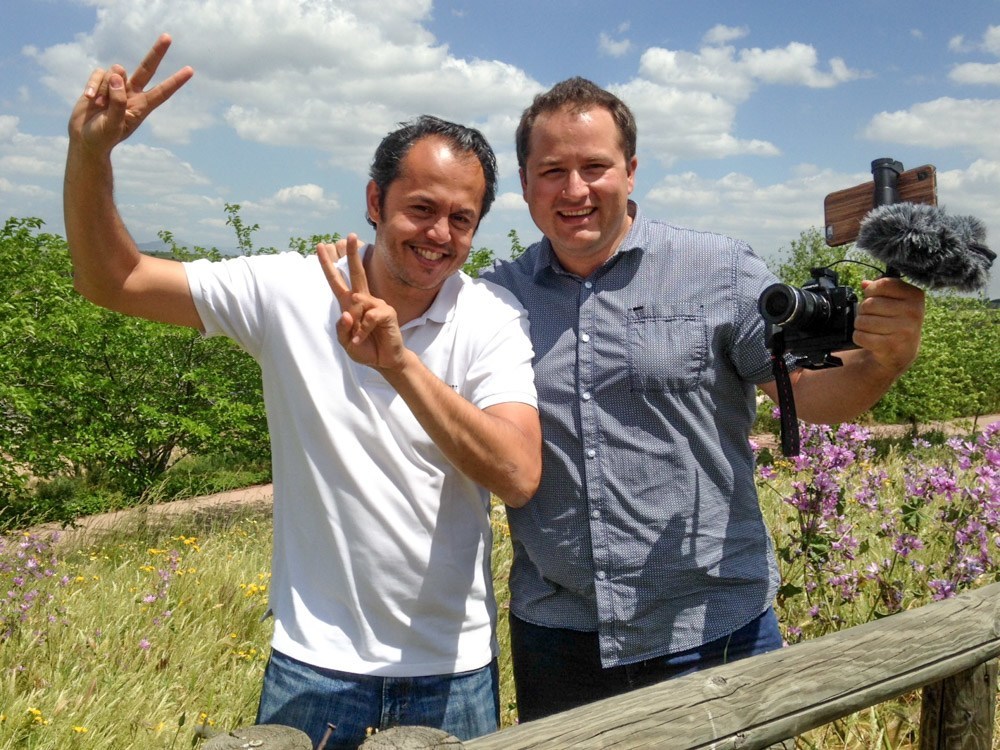 I’m Alex Preukschat, an online publisher leading several different publications. Back in 2013 I was yet again struggling to find good photos and images to illustrate my articles. The process of searching, buying or “borrowing”, downloading from web and then embedding images to my blog posts on WordPress was painful, and took more than 10 steps to complete the task.

Spending an hour to get the perfect image for an article might not be a problem if you’re only publishing one blog post a month. But if you publish new content every day, the hassle of dealing with images and their technicalities can become a big time-waster.

I started to think that somewhere around the world there had to be something, a solution to simplify using images in articles and blog posts, and to make my life easier.

The birth of PixelRockstar.com was more accidental than planned. Looking for a solution to my problem with images for blog posts, I contacted Amos Struck, author of the Microstock Photo Plugin, and expressed my needs. We spoke on Skype, he explained me how his Photo Plugin worked, and I decided to give it a try.

Unfortunately Microstock Photo Plugin was not exactly what I was looking for, since you had to register and create accounts on different microstock photography agencies. I just wanted to search, legally download and add images and photos to my blog posts within WordPress.

I tried some other solutions, but after a while I just gave up, and continued with my daily work.

I had been using WordPress since 2008, and got interested in Bitcoin since early 2013. Through Bitcoin I became more and more into open source technologies, aided by books like “The Starfish and The Spider” by Ori Brafman and Rod Beckstrom, “One From Many” by Dee Hock or “The Master Switch” by Tim Wu.

In spring 2015 I received the newsletter from the WordPress SEO by Yoast plugin team informing they would be coming to WordCamp Europe in Sevilla, Spain. I thought that after so many years using WordPress it would be good to meet face to face with people in the WordPress community, and decided to attend too.

WordCamp Europe 2015 in Sevilla was Impressive

At the event, people were relaxed and there was a community feeling in the air. Despite there were suprisingly few people (about 1,000, but few considering WordPress powers 25% of all websites in the world), everybody was easy to talk to, and they were all keen on sharing their experiences as digital nomads, their thoughts on the future of WordPress, and many other interesting topics.

I kept thinking to myself that someone really needed to develop the photo plugin that I had thought about a year earlier, and remembered my conversation with Amos from those days.

You can see me at WordCamp Europe in the very beginning of this video:

A couple of days after WordCamp Europe I contacted Amos and told him about my vision for creating the photo plugin.

Amos was, as always, very open to listen, as I summarised the reasons I thought the world needed this plugin. As the conversation went on, we found out we were both spending our holidays at the same beach in Spain that summer, and decided to meet in person to discuss the possibility of joining forces and create our plugin.

In our first meeting, we shared our backgrounds and professional paths -or what each of us was up to- with each other, and then decided to talk again after a trip I had planned at the same beach. During the time of my trip we both had time to feed our motivation to develop this project together. And on my return we decided to take a first step conducting a market study together on September 2015, to see what was available in the WordPress plugin market and be sure that our vision was not already fulfilled by someone else – in which case I would have just became a customer to that plugin.

Our Vision for the Plugin Was New

We discovered that althought there were similar plugins, none of them was really doing what we had in mind. Our market study lead us the conclusion that the current plugin offer had a different focus than the one we envisioned to give WordPress publishers a solution to their photo needs.

We then decided to follow up with an MVP test using the Buffer method (this is just one of many times that Buffer inspired us). We drafted a landing page with products and shared it with our email database, receiving a very positive feedback.

Amongst the steps that followed it was to name our plugin. Our criteria centred in the need for having a “.com” URL, and to communicate our values about having fun while working. From many names we came up with, PixelRockstar.com was the one that best represented the concept.

PixelRockstar.com exists thanks to the great work of photographers and image artists around the world and online publishers that use their work in their publications. They are the Rockstars.

Publishers and bloggers want to use images from visual artists and creatives around the world, making sure they are respecting their rights over their work. PixelRockstar provides just this, by allowing publishers to use photos and images in legally safe, affordable and efficient way, with a custom-made license for web and social media use that is easy to understand for any publisher.

So that’s the story of the birth of our plugin ?. Now… Let’s Rock!

Amos and I give you a quick glimpse on how our plugin works in this video: